The DSX12V is a DC-DC converter that takes in 12v and puts out 12v at 12 amps. You may ask, "what's the point?" The point will be explained in the rest of this post. 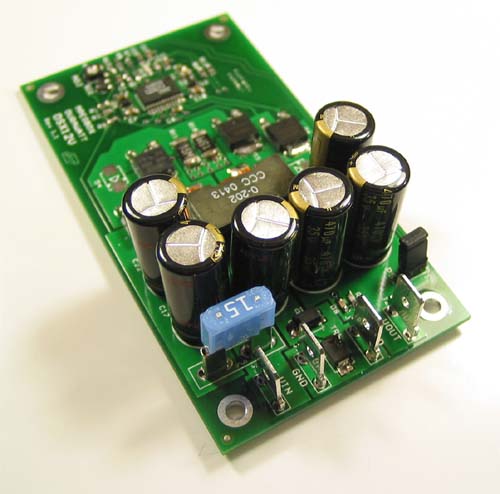 Here is a link to the spec sheet for the DSX12V 12v-12v automotive power conditioner.
http://www.mpegbox.net/pdf/DSX12V_spec.pdf

Have you ever noticed that when you start your car, your radio, fans and other electronic controls built in your car cut out or flicker, etc? That is because your 12v battery is actually dropping down to 8 volts for a brief period of time.

People often refer to the 12v from a car as "dirty power." By dirty they mean that it varies a lot. It isn't 12 volts. It is 8-16 volts. That's a pretty wide range as far as most electronics go.

If you look at a typical power supply with a 12 volt output, it will give a power output and sometimes a tolerance or range. This range is how well the supply can keep the voltage at 12 volts. For example, a 500 watt pc power supply will have a 12v rail that has a tolerance of 5%. That means it can vary from 11.4 volts to 12.6 volts. That is a much smaller range than a 8 to 16 volt range.

Many indoor accessories that run of 12v have a "power brick" that provides 12v. This brick typically has a range that is also 5% or so. The power brick or the ATX power supply provide "well regulated power" that doesn't vary much.

The picture above shows is an example of what the voltage at the battery does during the cranking of the engine. This was from an 1985 honda accord. The voltage spikes down to 8 volts and then goes up to the charging voltage of ~14 volts. Only when the car was sitting there off was the battery voltage around 12 volts.

The DSX12V is in effect a power conditioner or re-regulator. It has the ability to take in dirty car 12 volts and make it clean 12 volts. If you have a device that wants to have a 5% or better tolerance and you want to run it in a car or automobile, then the DSX12V is perfect for cleaning up the power and giving the device the power that it expected from the indoor method of delivering power (eg Power Brick).

The DSX12V is used by many customers in video conditioning applications. Several fleets of commercial trucks use the DSX12V to clean up the power right before it goes to an in-dash display. This keeps the display from being damaged as well as keeps it from flickering and cutting out when the engine cranks.

The DSX12V is capable of putting out 12 amps at 12 volts (144 watts), but it must be sized to the application. If it is going to be put in an application that uses near the limit of it's ability, it needs to have airflow over it. A fan connector is provided for this purpose.

The DSX12V ships with a jumper that enables it but it can be wired to turn on remotely by connecting the control pins to each other with a switch or other method.. Most applications simply leave the jumper on and switch the input on and off. 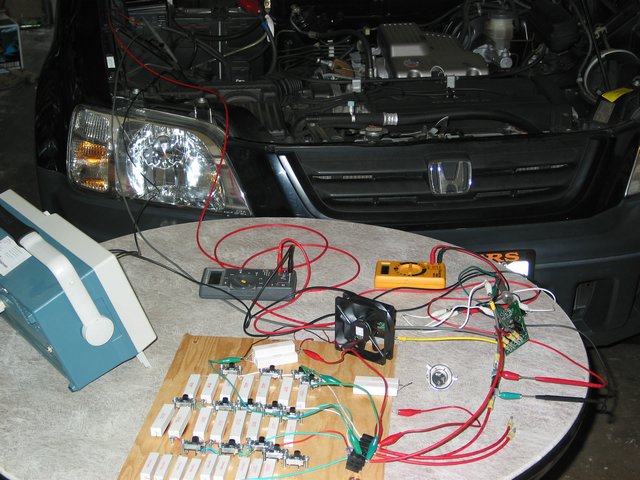 This is an image of the DSX12V connected to a load board, an oscilloscope, and two volt meters for measuring the performance of the system.

This is a view of the DSX12V in the system. The meters are setup to measure voltage and current through a current sensing resistor 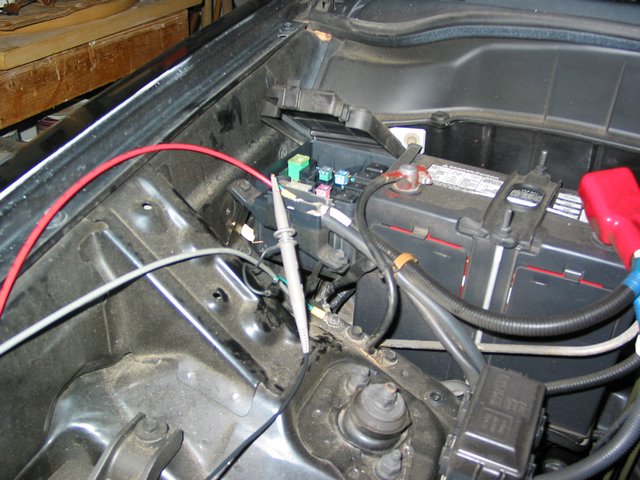 [url]
This picture shows that with a load of 6.77 amps, the DSX12V has no problem keeping the output clean during an engine start 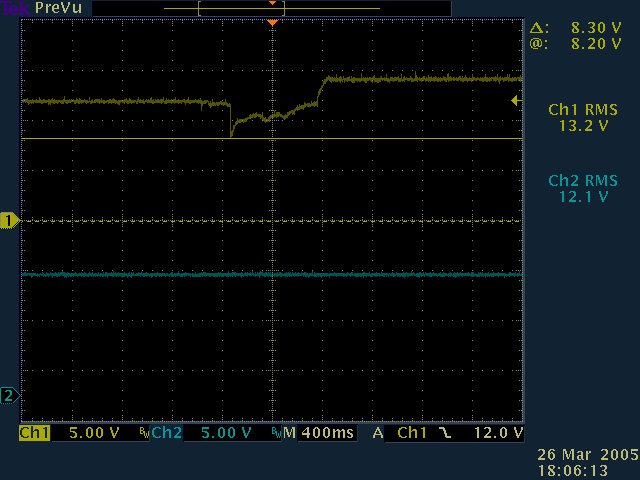 This picture shows that with a load of 12.32 amps, the DSX12V has no problem keeping the output clean during an engine start 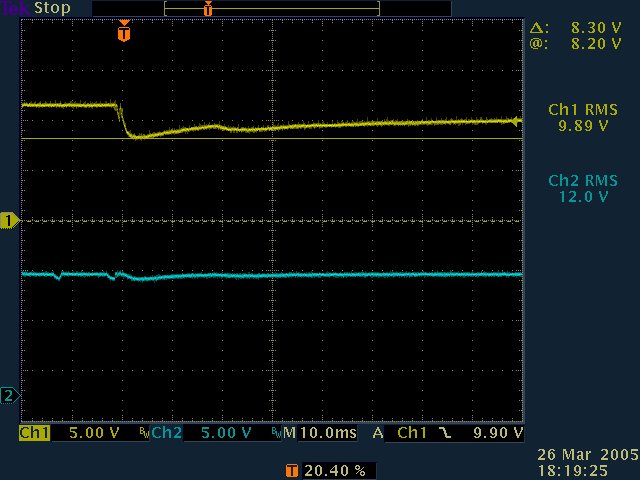 This picture shows that with a load of 13.62 amps, the DSX12V starts to show signs of not being able to keep up. 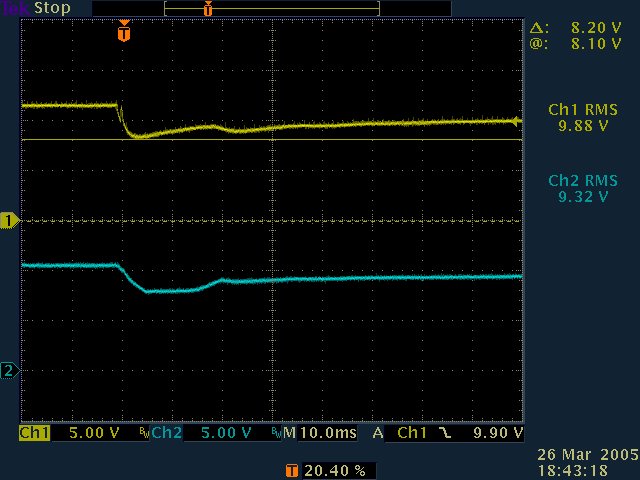 This picture shows that with a load of 16 amps, the DSX12V dips it's output voltage to match it's input.


So in conclusion if you connect a load that is 12a or less, the DSX12V will clean the cars 12 volt power and be able to keep it clean during engine cranking and charging and other transients that are present in the automotive power system.

Users browsing this forum: 2 and 0 guests